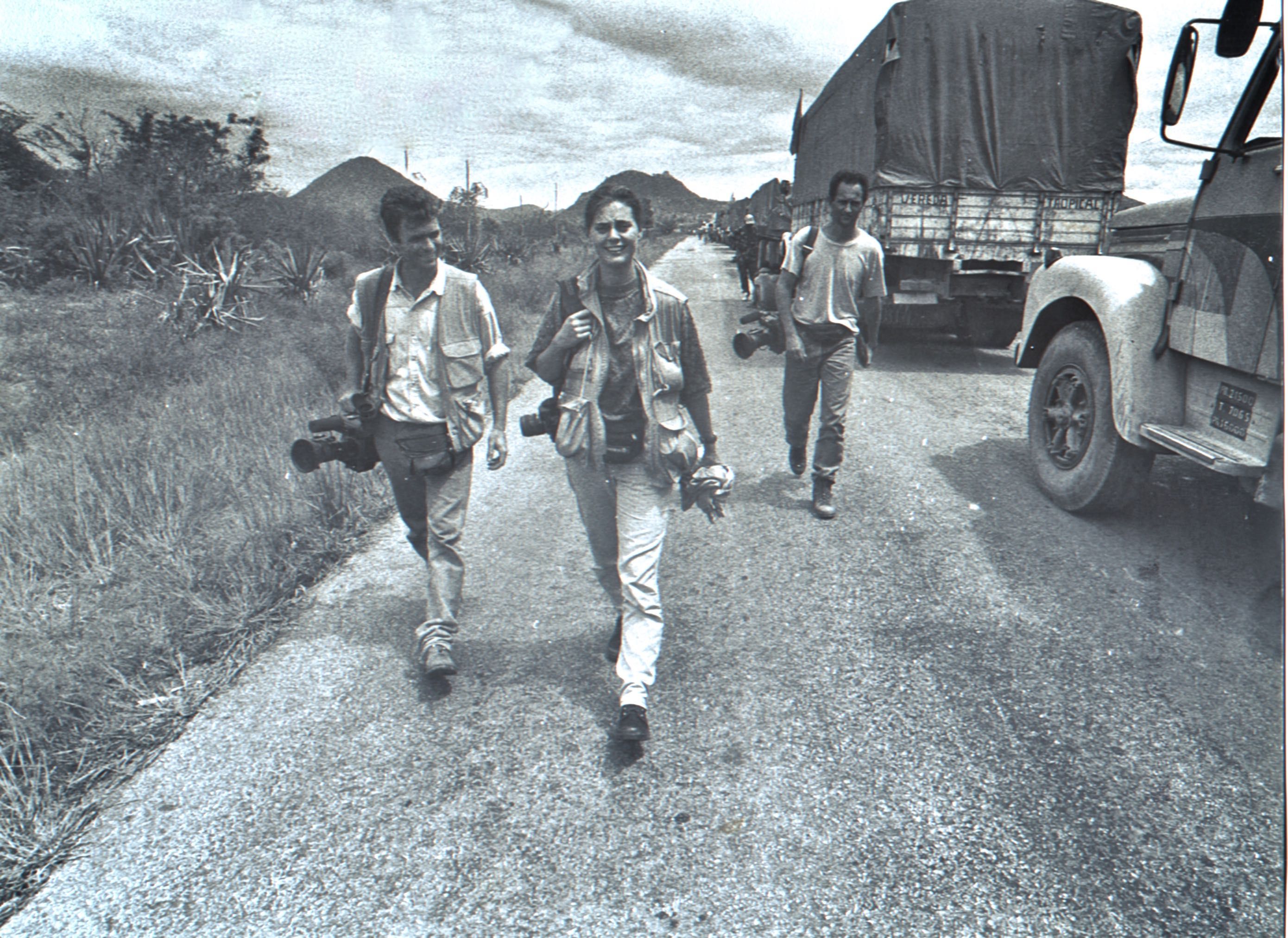 Marika Griehsel and Simon Stanford  are journalists and film makers.  After establishing seperate careers  in international journalism during the 1980s we teamed up in 1991. We became a multi award winning team as Africa Correspondents for SVT - Swedish TV and as freelancers for many other TV channels . During  the following years we covered events in every corner of the continent, as well as further afield,

Marika Griehsel has reported from Africa for more than 20 years. First as the correspondent for SVT ( Swedish Television), based in Johannesburg, South Africa and since 2001 as an independent filmmaker, producer and political commentator. She has been awarded some of Sweden’s most prestigious Journalism and Television awards. She studied Journalism at The Stockholm University and was awarded a Masters degree in Documentary Filmmaking at the Drama Institute in Stockholm. She speaks fluent swedish, english and german.

Simon Stanford has filmed and produced news reports, documentaries and films from virtually every corner of the world with primary focus on Africa, his home continent.

Our overriding concern, as a media professionals, is to create and facilitate an intimate and respectful exchange of culture, ideas and stories. We believe that through our meetings with individuals and through the portrayal of our society it is important to celebrate the achievements of ordinary people while at the same time exploring and analysing the challenges that hamper understanding, communication and development.

Media
We continue to be deeply engaged in reporting on and analysing developments in Africa and internationally and are now resident in Sweden where have since 2001 been producing documentary films and expanding our horizons into other media enterprises, expeditions and leading courses.

Expeditions and Courses
In addition to our media work we arrange and lead expeditions mainly to Southern Africa, where we believe that our experience, extensive contact network and deep engagement ensure that we provide a unique and enriching travel experience for select travelers.

Accolades
In 1999 we were awarded Sweden’s Grand Journalist prize. “For the longstanding, consistent and nuanced reporting from the African continent.”
Other prestigious awards include:
1995 Wilhelm Moberg stipendium “ a reporter who with outstanding credibility has widened the public’s understanding of Africa and its political process from the crises in Rwanda, political events in Nigeria and the first democratic election in South Africa” 1994 Icarus Prize (The Swedish TV producer prize ) (Shared with Simon Stanford) 1996 Swedish Literature Academy Karin Girow prize. “ for outstanding contribution in the educational field “2011 FUF- prize, (Förenings för utrikespolitiska frågor.)awarded for outstanding contribution to International Political Analysis.